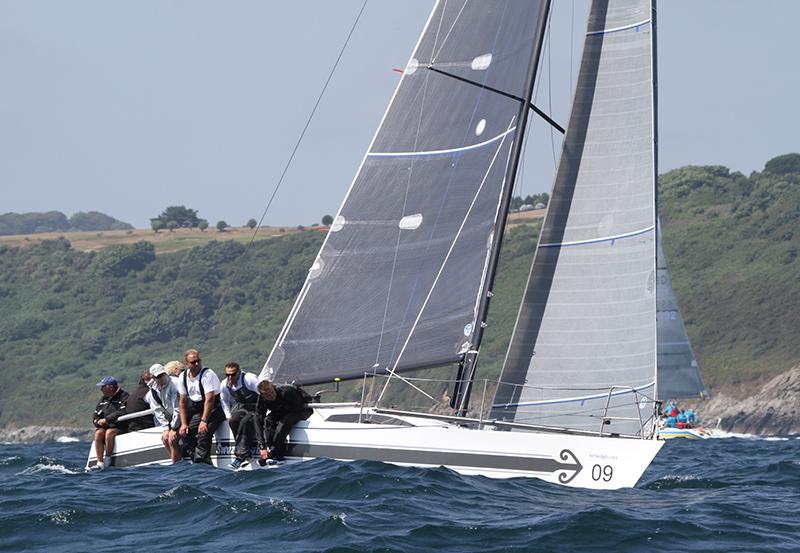 Sadly strong winds and huge seas meant that racing had to be cancelled on the final day of the Henri Lloyd Half Ton Classics Cup in Falmouth. Race Officer Jack Penty met with the skippers at 08.30 to review the situation, but it was clear conditions were essentially unsailable and the entire fleet unanimously agreed not to risk their historic little yachts.

It was an extremely had fought series with many of the races being won and lost by mere seconds.  Ultimately Swuzzlebubble’s winning margin was just five and a half points from Paul Pullen’s 1986 Andrieu designed Miss Whiplash, with Ireland’s Jonny Swan and his team aboard Harmony, designed by Rob Humphreys in 1980, in third place. At the final prize giving all three teams received rousing cheers from their fellow competitors as they received their prizes from Paul Strzelecki, CEO of event sponsor Henri Lloyd. 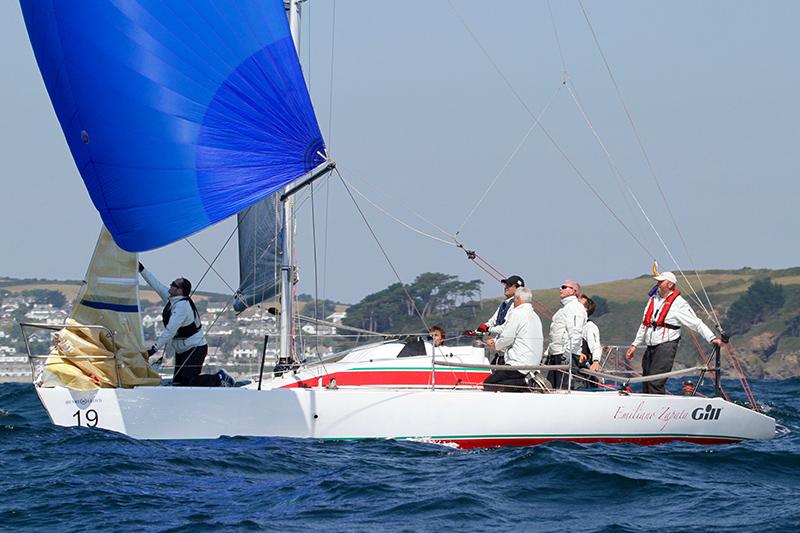 Winning the Corinthian Championship for the first all amateur crew was Jonathan Cunliffe’s 1985 Berrett/Finot designed Emiliano Zapata, which finished in eighth place overall. 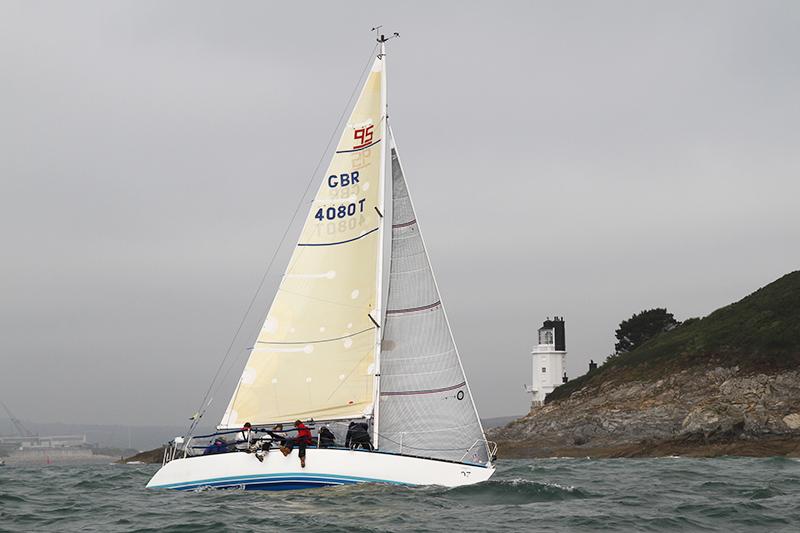 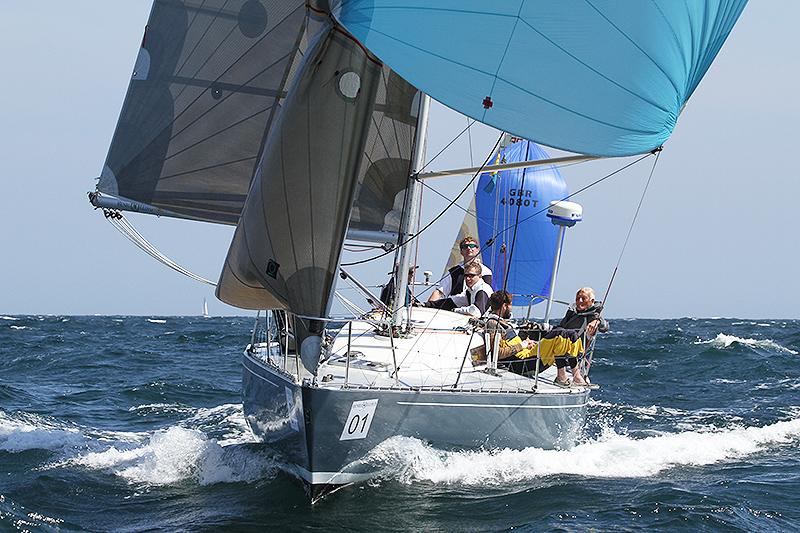 Perhaps the most prestigious perpetual trophy presented at the regatta is the  Spirit Of Half Ton Trophy which is awarded to the person who best personifies the true spirit of the Half Ton Class. There were many possible winners of the trophy this year, but in a hugely popular decision it was presented to David Evans of Hullabaloo XV for his long standing support of the class, for his commitment to maintaining and racing his 1978 Stephen Jones Hustler SJ32 and for single-handedly sailing 380 miles through a force eight gate from his home port on Walton Back Waters in Essex to compete in Falmouth.

Greg Peck was clearly delighted to win the right to engrave his name on the trophy and was fulsome in his praise of his crew, his fellow competitors and the Flushing Sailing Club organisers.

Swuzzlebubble was originally built for Ian Gibbs to race for the New Zealand team in the 1977 Half Ton Cup in Sydney, and she has had a colourful career. Following changes to the IOR rule she underwent major surgery including exchanging her centreboard for a fixed keel, padding out her hull, changes to her rear sections and additional ballast, to compete in the 1979 Half Ton Cup in Scheveningen where she finished third. She was then sold to Bruce Lyster of Dun Laoghaire, Ireland under whose ownership she enjoyed continuing success including the UK Half Ton Championship of 1980 with Robert Dix at the helm. Her success continued under another Dun Laoghaire owner Gus Mehigan before she was sold to Switzerland, at which point she disappeared off the radar. 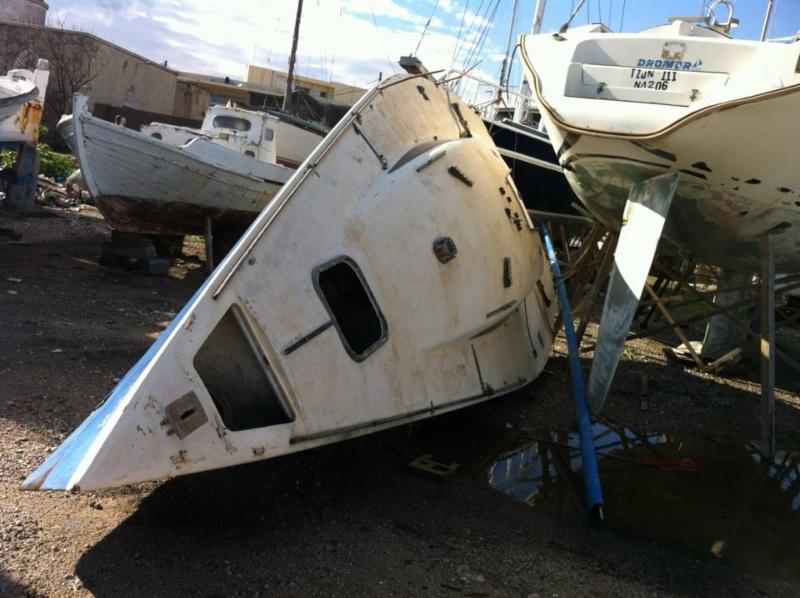 She wasn’t heard of again until Peter “Morty” Morton tracked her down in a near derelict state in a Greek boatyard in late 2012. It took twelve months of hard work by Peter and his crew to get the boat back in racing shape and she made her Half Ton Classics Cup debut in 2014 at Saint Quay Portrieux, Brittany, where she roared to victory in impressive style. 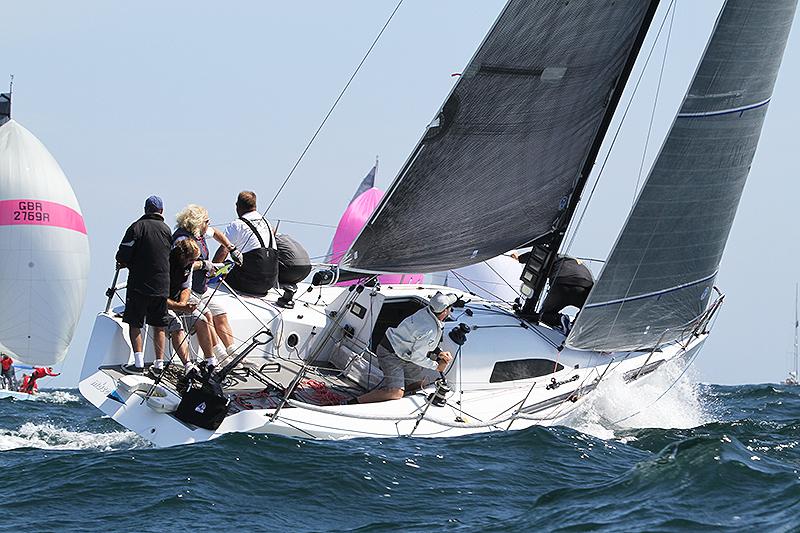 Keen to race for the Half Ton Cup in home waters, Greg Peck persuaded Morty to part with her earlier this year and having got her home to Cornwall undertook some deck layout modifications and set about the task of putting together. a crew of old friends, many of whom have sailed with him for decades. Their performance on the water speaks for itself, but their spirit and camaraderie ashore have impressed everyone and there was a huge cheer when Greg confirmed that he hopes to defend his title in 2017.

To defend their title the Swuzzlebubble crew will be making their way to Kinsale in County Cork, Ireland from 14 to 18 August 2017. David Cullen will be leading the organising team for the event which will be hosted by Kinsale Yacht Club.  Further information about this event will be published shortly.

Final results and further information about the Henri Lloyd Half Ton Classics Cup 2016 can be found at: